The old Egg Marketing Board slogan from the Swinging Sixties was – “Go to work on an egg”. A quick search on YouTube and you’ll see the TV ads that promoted the slogan, with Tony Hancock.

I don’t know about you but I still like to have eggs at breakfast. I love a boiled egg and soldiers although I must admit to being a bit hit and miss with boiled eggs, so I invested in an egg boiler from that great bastion of kitchen gadgets – Lakeland – and now all my Nith Valley boiled eggs have perfectly soft yolks and just firm whites.

Fancy a twist on Eggy Bread?

As much as I love my egg boiler, I’ve been on a mission to try something new and my recent discovery is a twist on French Toast – French crumpets, inspired by Jamie Oliver! Easy enough to throw together on a weekday but easy to upgrade at the weekend with a bit of bacon and some mushrooms. If I’m lucky and I time it right, I can grab the bargain crumpets at the end of the day when the supermarket is marking the bakery items down, and I just chuck them in the freezer. If you fancy giving this twist on Eggy Bread a whirl, it couldn’t be simpler, and you can use the crumpets straight from the freezer if you’re in a hurry

Nith Valley Eggs are available 24/7 if you’re near one of our famous egg vending machines.

Don’t be tempted to pour the rest of the eggy mixture in the pan while the crumpets are cooking – it spoils the look of the finished article. You can always scramble it after the crumpets have cooked and serve it on the side – or just make another French crumpet!

Serve your French crumpets a dollop of sauce of your choice – but I can highly recommend with brown sauce. Sometimes I add some dried herbs into the eggy mixture, or some chilli flakes for a bit of heat with some sweet chilli sauce on the side. 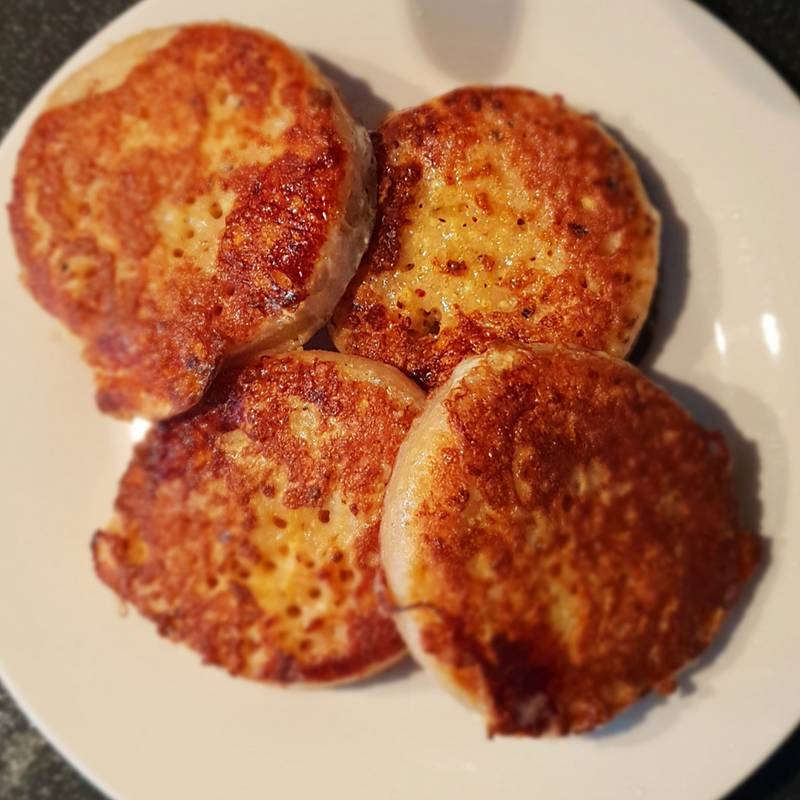